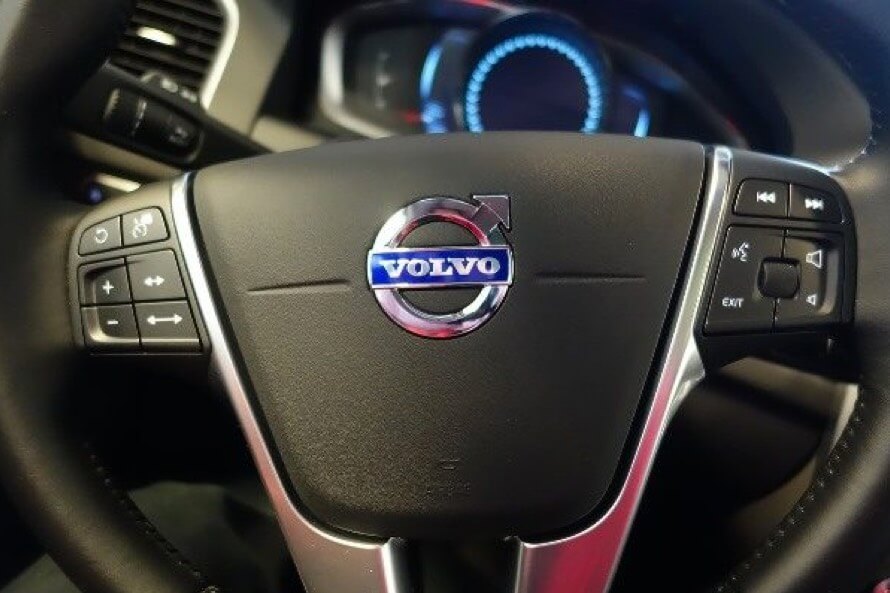 Volvo has famously said that, by 2020, no one will be killed or seriously injured by one of its new cars.

Jeremy Clarkson has an alternative approach to road safety – to replace air bags with titanium spikes, which, in the event of an accident, will impale the driver to the seat, thus encouraging people to drive more carefully.

There is a great divide in the road safety world in the 21st century, with Jeremy Clarkson (and most motorcyclists) on one side of the crash barrier, and Volvo on the other. Volvo represents the cycle helmet-wearing finger-wagging nanny state of road safety, while Clarkson represents … well, Jeremy Clarkson.

Neither of them wants to crash, but one believes in reducing the chance of being injured while getting from A to B, while the other wants to avoid crashing in the first place and enjoy every twist and turn of the journey. Driverless technology is firmly camped in the nanny state of the road safety world, and it’s the territory Volvo is heading towards (but Volvo should watch out for articulated lorries, one of which fatally injured a Tesla ‘driver’ recently).

And Ford announced recently that a car without a steering wheel or pedals will be available by 2021.

Meanwhile, IAM Road Smart must surely be in no-man’s land, because on the one hand this road safety organisation promotes rider and driver training and education; on the other, it has had a long association with Volvo, whose approach appears to suggest that driving skills and education are not really necessary if you have air bags, side impact protection, automatic braking, blind spot warnings, sat nav, ABS, and eventually, the brave new world of no-hands, no-responsibility driverless technology.

Visit the IAM Road Smart website, and Volvo is listed as “our longest established vehicle partner and a brand that we are very comfortable associating with as we share many of the same objectives”. It’s hardly conceivable that many of IAM’s motorcyclist members would agree with that sentiment, and the IAM’s position is a difficult one.

Motorcycling, by its very nature, depends on skills and training, rather than on the Volvo nanny state, to keep riders alive. Or does it? The new Ford Fusion, for instance, contains 20 driver-assistance technologies including a pedestrian-detection system and a steering wheel that vibrates if a driver begins drifting from the lane.

So motorcyclists of the future can rejoice: when the white van man or yummy mummy in the 4×4 heads towards your bike in oncoming traffic, no need to panic or look for an escape route, because the driver will receive a vibrating alarm to wake them up/remind them to look where they’re going before they hit you.

By contrast, many developments in motorcycle technology are designed to enhance and complement the rider’s skills, abilities and natural instinct, often strengthened by near-death experiences on the road. Some of these technological developments are designed to help the rider avoid death by maximising all the information available, most of which is of no interest to many drivers (not all of them in Volvos).

For example, Riderscan, the curved rear-view mirror for motorcyclists, enables the rider to see into their blind spots; the brilliant Pinlock visor insert stops the visor misting up so you can see better; and Visorcat is the motorcyclist’s equivalent of the car’s windscreen wash/wipe system, since 1977 an MoT requirement because of the obvious safety benefits of being able to see where you’re going. BMW’s hill-start control allows the rider to set off on a hill without having to press the rear brake, reducing the chances of falling over; Ducati’s intelligent suspension Skyhook automatically improves stability and comfort … then there are rear-view cameras, icy road monitors, tyre pressure indicators.

All are designed with safety in mind, but are examples of active safety aids, enhancing and complementing the rider or driver’s skills and abilities, rather than passive initiatives that absolve the driver of any responsibility for their own or others’ safety.

Surely, the future of road safety lies in using technology to help keep the rider and driver engaged, aware and interested in what they are doing, so that riding and driving is an active skill rather than a passive, time-filling exercise – the ‘driver’ who died in the Tesla was watching a video at the time of the collision. The contrast between his death and the motorcyclist’s daily fight to stay alive couldn’t be more marked.