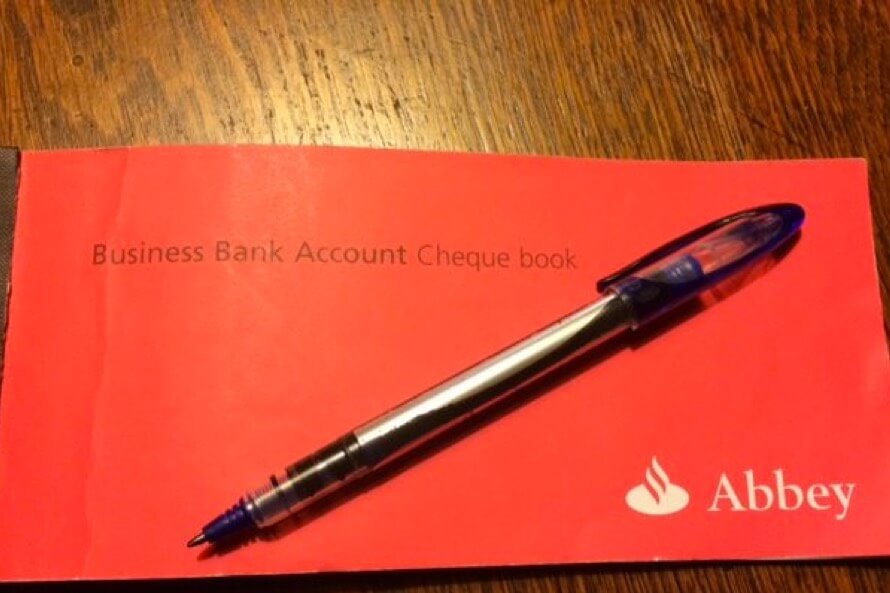 In 2010, Abbey National plc was rebranded as Santander. As an Abbey business customer, I had only just started a new chequebook, and I began to wonder when or if people might reject the cheques I was writing. I found myself explaining to people that the cheques still worked, despite the rebrand.

Of course, Santander had sent me a glossy new chequebook with the Santander logo, but I didn’t want to start using that ­- it would be a complete waste of the perfectly good cheques in my Abbey chequebook. And I don’t like waste.

Six years on, I am now only about two thirds of the way through that same Abbey chequebook! I have stopped explaining the rebrand (the Santander logo is the same as Abbey’s anyway) and, like most businesses, we have fully embraced online banking, so we rarely use cheques – except for the monthly rent on our business premises.

The first few cheques were to a postgraduate student at the University of Glasgow who did some market research for us in 2009. The results of that market research were very positive and spurred us on – 90% of the motorcyclists we surveyed in a questionnaire at the Scottish Motorcycle Show and at branches of Hein Gericke in Birmingham and Edinburgh said they wanted a device that would wash as well as wipe the visor while riding.

The next cheque was less significant, for a small business club (I had started networking, a very important ingredient for business success!) but the following one was to the Intellectual Assets Centre, which has now merged with Scottish Enterprise. I visited the IA Centre for some much-needed advice on intellectual property, which was money well spent – Visorcat has now got European and US patents. There was a cheque to the Cultural Enterprise Office of the Scottish Government for £20 in June 2010 – I can’t remember what for, but it was a good investment because in July 2010 I won a £10k prize from the Cultural Enterprise Office’s Starter for 6 programme. Actually, it was for £9,748 (I still remember that significant number).

That money didn’t last long – I immediately enlisted the help of product design gurus Fearsome in Glasgow. They made road-testable prototypes and refined our design to the extent that it now had patentable features, so in December 2010 I filed our UK patent application.

In 2011 we were out of cash again so I did some more networking and wrote some small cheques, but the following year I had secured enough investment to get Visorcat into production, and proper premises to work from. So there was a rent cheque at the beginning of 2013, swiftly followed by a cheque for some nice quality office furniture (used).

Then there was a charity donation – we sponsored a guy who rides very small bikes over very long distances – and a payment to an actor, who featured in the first Visorcat movie. Fortunately this cheque was small as we only had to pay for his motorcycle fuel!

The next cheques, also small, were to cover our stand space at two motorcycle safety events in the north-east of England – Ridewell (Teesside) and Bikewise (Durham). Both hosted by the local police motorcycle teams, these events spread the word that advanced motorcycle training is a crucial factor in reducing motorcycle casualties. For those who don’t ride a motorcycle, Think Bike is a key message at these events.

In 2013/14 a lot of the cheques I wrote were for further marketing activities, including bike shows and small advertising campaigns. These also did the trick as we received a lot of coverage in the motorcycle press, including some great reviews, and made some more sales.

In 2015, we didn’t write any cheques! Our payments were all online, and the majority were for our huge IP costs, which delayed us from building on the foundations we had laid in 2013 and 2014.

However, in 2016, I started writing rent cheques again – for premises owned by Belhaven Brewery in Dunbar. Here we have a factory and office space – something we had not been able to achieve in the same location until this year.