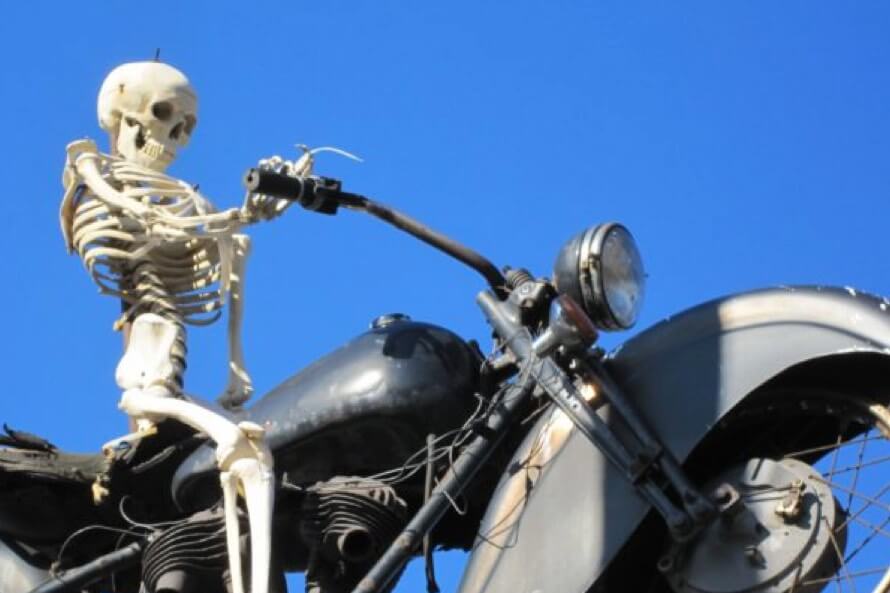 I HAD to smile when I learned that the road safety body formerly known as the Institute of Advanced Motorists (now IAM Road Smart) has been celebrating its 60th birthday this month.

But before I explain why I smiled, I must apologise in ‘advance’ to all IAM members, including myself. I really do hold this respected road safety and training organisation in the highest esteem. I hold an IAM motorcycle pass certificate, which means I once reached the standard required for advanced motorcycle riding, and I‘ve done some advanced driver training, too. And, the IAM gave Visorcat its much-coveted ‘IAM Likes’ accolade for road safety initiatives.

This month there were 60th birthday celebrations at the National Motorcycle Museum and a gathering at the British Motor Museum in Gaydon. Appropriate for IAM Road Smart members, maybe, who were showing off their prized motors, (including an Austin Allegro, which the IAM describes as “iconic”) but is this the right road for an organisation that has been wrestling with both a midlife and an identity crisis for probably 20 years, and whose members now have an average age of – you guessed it – nearly 60?

Taking a look at the Spring 2016 issue of Advanced Driving magazine, the IAM’s print publication, it’s difficult to hide this fact. Advertisers know their audiences – and there are TWO advertisements for hearing aids, one for an energy saving device and one for a style of jacket apparently much loved by Elvis, Steve McQueen and Frank Sinatra. Oh well.

Given the number of UK driving licences held, ideally IAM membership would reflect all sectors of the driving and riding population – but this still does not appear to be the case. Despite its mission to “make better riders and drivers” in all walks of life, the stalwart member of the IAM remains the older male person.

But although the IAM has reached 60, it’s not looking for a place in a motor museum quite yet – far from it. With a fresh new image and a growing membership, there’s plenty of life yet in this vintage motor body.

Events at the motor museum include an under-17 driving challenge through IAM Road Smart’s support of the Under 17 Car Club and the opportunity to drive a golf buggy wearing ‘beer goggles’, which simulate the effects of drink-driving.

One of the IAM’s rising stars, and taking centre stage, was 17-year-old Eloise Peabody-Rolf, who is IAM Road Smart’s Young Driver Ambassador and passed her advanced driving test 7 weeks after her L-test. Go for it girl!

And, working with Scottish Borders Council, the IAM encourages young drivers there to take their advanced test, with the council refunding the drivers the cost of training when they pass. A fantastic initiative which should be taken up by any local authority serious about cutting road deaths among younger drivers.

(With additional apologies to owners and drivers, past and present, of Austin Allegros everywhere, including my late grandfather).