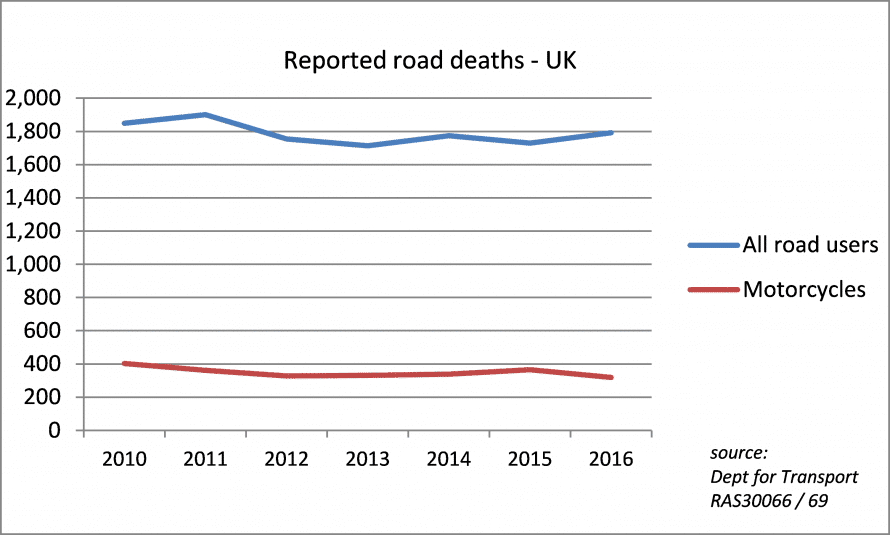 THE number of deaths on Britain’s roads has stayed more or less the same every year during the United Nations’ Decade of Action for Road Safety, which ends in 2020, according to the Government’s statistics.

Since 2010, the number of road fatalities have been almost constant and there is no downward trend, said Jill Boulton, managing director of Visorcat.

The Decade of Action for Road Safety 2011–2020 was officially proclaimed by the United Nations General Assembly in March 2010. Its goal is to stabilise and reduce the forecast level of road traffic deaths around the world. It was estimated that five million lives could be saved on the world’s roads during the decade.

During a visit to the Visorcat factory today (Wednesday 11 April) by Martin Whitfield MP and Iain Gray MSP, Jill said: “The number of motorcyclists killed this decade on Britain’s roads has also remained largely unchanged. In 2015, an average of one motorcyclist was killed every day in Britain – a really depressing statistic – and there has been no trend downward since.”

“It’s shocking that during this Decade of Action for Road Safety, there has been no overall reduction in the number of road deaths.”

Martin Whitfield, MP for East Lothian, said: “The fact that there has been no overall improvement in the number of deaths on Britain’s roads over the last decade is appalling.

“Motorcyclists are particularly at risk on the roads but products like Visorcat can help to enhance rider safety.

“However, more concerted action from the UK Government is urgently needed if we are to make real progress on making Britain’s roads safer and reduce the number of deaths and casualties.”

Iain Gray, MSP for East Lothian, said: “The statistics on road safety in Scotland are worrying with the latest figures showing a 14 per cent increase in the number of deaths on our roads.

“Innovative companies like Visorcat are doing their best to help improve road safety, but we need the same commitment from decision-makers.

“The Scottish Government and Police Scotland must urgently set out what action they are going to take to reduce fatalities and ensure responsible driving on Scotland’s roads.”

In the Department for Transport’s British Road Safety Statement published in December 2015 entitled Working Together to Build A Safer Road System, one of the key priorities included consulting on proposals to support safety for motorcyclists, who account for 19% of all road deaths, including better training and improved safety equipment.

Visorcat is a British-made motorcycle safety accessory that has been recognised by IAM RoadSmart and the Royal Society for the Prevention of Accidents, as an aid to rider safety.

NOTES TO EDITORS:
1. Visorcat is a patented, British-made, durable and flexible glove-mounted device that comprises a wet sponge, fed by a fluid reservoir and covered by a flap. When the rider wipes one way across the visor, the sponge washes away dirt, flies, road spray or other debris. When the rider wipes the other way, twin wipers remove any residue. When they tested Visorcat, IAM RoadSmart said: “Visorcat provides the rider with better vision which leads to greater safety”.

2. The graph (main image) has been compiled from statistics extracted from the Department for Transport’s paper, Reported road casualties in Great Britain: 2016 annual report 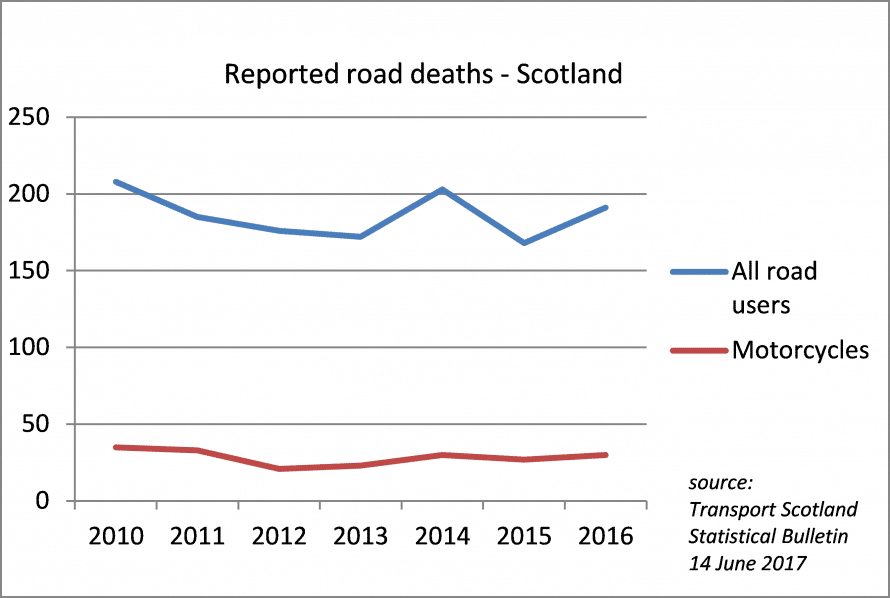