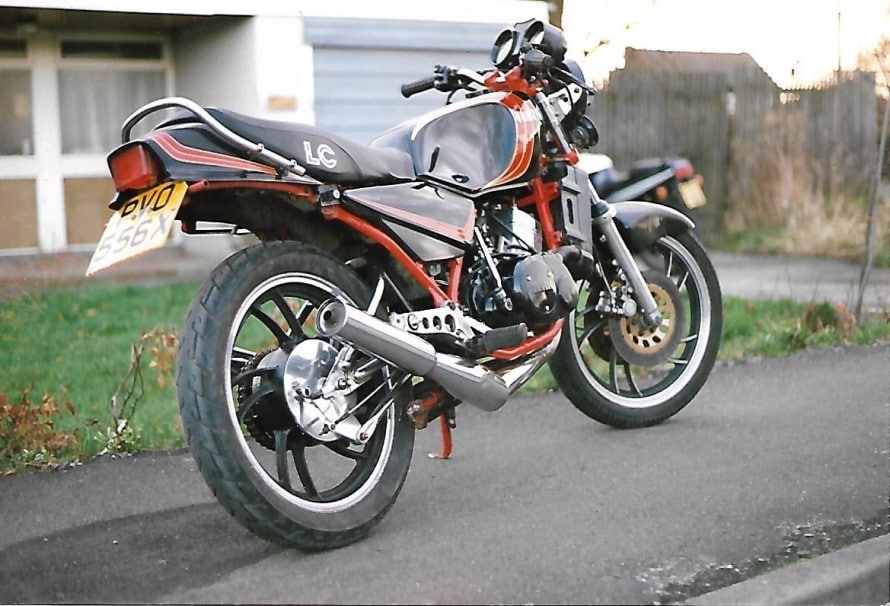 Not many years ago, the phrase ‘entry level’ didn’t exist in the UK, and nor did the phrase ‘upgrade’. But these phrases are now often used by marketing people to encourage you to buy more than one similar thing, and the second similar thing will inevitably be more expensive than the first, because it’s an ‘upgrade’. But – and this is the important point – you might not use all the features of the ‘upgraded’ thing, which might not be designed to do the job you will need it for.

Apologies for moving outside the subject of motorcycles, but let me give you a non-motorcycling example. Some years ago I was selling a house to ‘upgrade’ to a bigger one. The house is a delightful late 1970s 2-bed semi in a leafy courtyard setting and I didn’t really want to move, but I did need another bedroom.

The estate agent called it an ideal ‘starter home’. And I told her that to her it was a starter home but I was in my late 30s and it was probably the 10th home I had lived in, so what was ‘starter’ about that?

Back to the world of motorcycles. The bike you pass your test on could be the bike you need for the rest of your motorcycling career, or it could be a significant one of them – for example, the one you commute to work on.

In warmer parts of Europe, millions of people commute to work every day on so-called ‘learner’ or ‘entry-level’ bikes and will probably never ‘upgrade’ to anything else – because their machine is designed to do what they use it for. When I was growing up in York in the 1970s and 80s, hundreds of people commuted to work on Honda C90s and similar small capacity machines, (now lusted after by misty-eyed over-50s men at classic bike shows) and I bet not one of them thought “I need to ditch this learner bike and upgrade to a Suzuki GS1000/ Honda CB900 / Kawasaki Z1000”.

However, in the UK, new riders seem to be pressured into buying a ‘big bike’ almost as soon as the ink is dry on their pass certificates. This, to me, is so very wrong, for a variety of reasons (I will let you choose the order of importance):

1. FUN Let’s start with what for me is the most important aspect of riding a bike – fun, smiles and happiness. ALL bikes are fun. Even if they’re rubbish, they’re still fun, because they have two wheels and an engine. I will never, ever forget the first time I rode a Yamaha SR125, on a road at 30mph – it gave me the biggest smile ever. If you’re riding a bike, it’s fun, so why do you want a bigger one? Because you want to go faster, don’t you. OK, so let’s consider …

2. SPEED/POWER Big bikes go faster than small bikes, right? Well generally yes, they can. But the speed limit in the UK is 70mph, so why do you want a bike that does 200mph? OK, so you might want to try a bike that does 200mph to see what it’s like, but watch out for Mr Plod. I recently saw the rider of a Kawasaki z1000 in the back of unmarked police car being ‘spoken to’ for riding at more than 50mph on a dual carriageway section of the A1 characterised by a lot of slip roads, hence the 50 limit. If the same rider had been on a smaller machine, he could have been having just as much FUN but much less likely to fall foul of the law. More speed doesn’t necessarily mean more fun, because it depends a lot on what road you’re riding on – preferably not the A1 in a 50 limit (see number 11, ROADS). However, I really understand if you want a bit more power, so let’s consider that important aspect of every bike – the …

3. ENGINE. Now, I am the first to admit that I’m not the world’s expert on motorcycle engines (just ask my brother). However, I have ridden a wide variety of bikes with different types of engine (although I haven’t ridden a triple) and can categorically state that I much prefer twins and singles to fours. At legal speeds, fours can be a bit bland but twins and singles are often FUN. Two strokes are fun (just ask #Niall Mackenzie) and they are also found on smaller bikes. It’s all to do with how the power is delivered, which can lead to more, er … fun. And character. A bike’s character is not dictated by its cc, so you can’t say that a 500cc bike is somehow ‘better’ than a 400cc. A lot is to do with the type of engine, and how that engine is tuned – you can have pretty impressive acceleration from a smaller bike. For example, the Yamaha RD350LC (see main pic above, the very machine on which I experienced the most frightening pillion ride of my life!) is a ‘little’ bike but its reputation is a lot bigger because of the amount of power, fun and character built into that tiny frame and its legendary 2-stroke engine. The KTM390 Duke is today building a similar reputation – it was placed number 16 in Bike Magazine's Bike of the Year 2017, who described the 2017 model as the “best-looking and most exciting entry-level 300/400/500". There's that phrase again. Oh well.

If you look at the main picture of our heroine, Elsie, above, you'll notice that she's all polished and shiny, because this picture was used in the bike's 'For Sale' ad .. in the background you can just see that Elsie's owner had 'upgraded' to a bigger bike and after that even bigger bikes … but these days owns a KTM390 Duke. I rest my case.

4. ROADS. I once owned the most boring bike in the world, a Honda CD250u, and was having FUN on it on some interesting ROADS somewhere in North Yorkshire when I was overtaken on a straight by a couple on a much larger capacity machine. I caught up with them at a junction and the rider raised his visor for a few words. “Well, that little thing really goes, doesn’t it” he said to me. I was chuffed, as it was my first bike, but it just goes to show that, on the best motorcycling roads in the world, you can have just as much FUN as on a larger bike, and probably travel at the same SPEED. Not long after that, I bought another 250 – the beautiful Honda GB250 Clubman, which was a lot more FUN, because it had a different type of ENGINE.

5. LOOKS. Beauty is in the eye of the beholder, in motorcycles as in the rest of life. Now I’m not going to start banging on about what I consider to be the most beautiful motorcycle ever built (it’s the MV Augusta F4 from the late 1990s/early 2000s – here's one for sale http://specialistcarsltd.co.uk/autos/mv-agusta-f4-750-oro/) but all I’m saying is, there are some stunning-looking smaller bikes out there and a lot more choice than when I were an L-plate lass! And when it comes to FUN, looks are irrelevant anyway, so who’s bothered? I once owned a Kawasaki GPZ500S with bodywork that looked like a faded 1980s shell suit (note to self: write blog about GPZ500S) but it was lots of FUN and pretty fast too! So LOOKS are not important, but small is beautiful!

6. MANOEUVRABILITY / HANDLING. Smaller and lighter equals greater manoeuvrability. Whether you’re going shopping, commuting, reverse parking or throwing your bike into a corner, smaller is easier and therefore more FUN, right? And that leads beautifully and importantly on to …

7. SKILLS. Motorcycling is a skilful activity best learned on a smaller bike, because smaller bikes are generally confidence-inspiring (see CONFIDENCE) and easier in the MANOEUVRABILITY stakes so you can have more FUN on ROADS … need I say more? And if you’re confident you can be safer too.

8. FIT FOR PURPOSE. The ubiquitous BMW R1200 GS is an ‘adventure-style’ motorcycle suitable for big mileages and challenging terrain. It’s acknowledged as an excellent all-rounder, however most owners will never encounter the type of riding or roads this bike can tackle with ease and many people probably buy one to impress their friends, and then enjoy spending £££s on accessories and gadgets. While there is nothing wrong with that, most small bikes can cope with ‘adventure motorcycling’ too (just ask David Stokes). So the moral of this paragraph is, why use a sledgehammer to crack a nut – i.e., sometimes, a small bike will do the job just as well or sometimes better, especially if it’s used for commuting to work.

9. PRICE. Before I bought my current bike, I was considering buying a 2016 pre-registered TM390 Duke for a mere £4k – unused! The bike I eventually decided on, an ex-demonstrator mean street machine Honda CMX500 Rebel, cost less than £5k – the new price is £5300. I could also have bought British and purchased a Triumph Bobber (from £11,650) or another bike I briefly considered was the BMW F800GS (£9,195). So, just think of all the extra miles you can do with the money you’ve saved – especially if you do your homework and purchase a nice used example, or demonstrator.

10. CONFIDENCE. Confidence is all when you’re riding your bike. Big or small, you should feel that you’re in charge of it and not the other way around (see https://www.visorcat.com/nightmare-rides-the-szr-power-ranger/). The key to confidence is learning the SKILLS you need, which are best learned on a small bike, because of their superior manoeuvrability and lighter weight. And as we all know, CONFIDENCE leads to …

11. SAFETY. Safety should always be a consideration when you buy a bike. It probably isn’t, but let’s put it another way. To maximise your FUN on the ROADS, make sure you have the skills you need, learned on a confidence-inspiring bike that’s fit for purpose. Then you can be safe. And do advanced training – it’ll add to the fun as well as the confidence and safety. 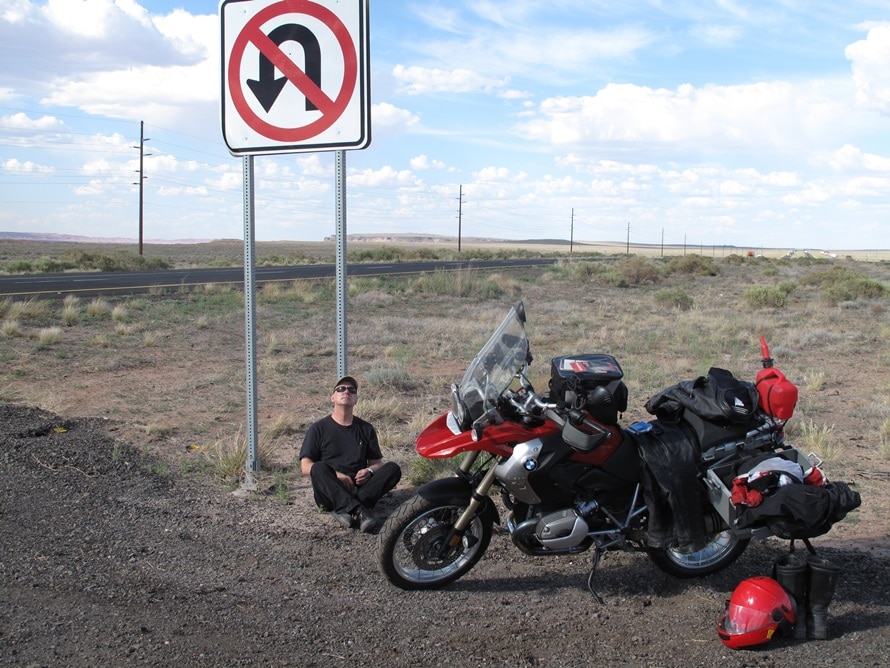 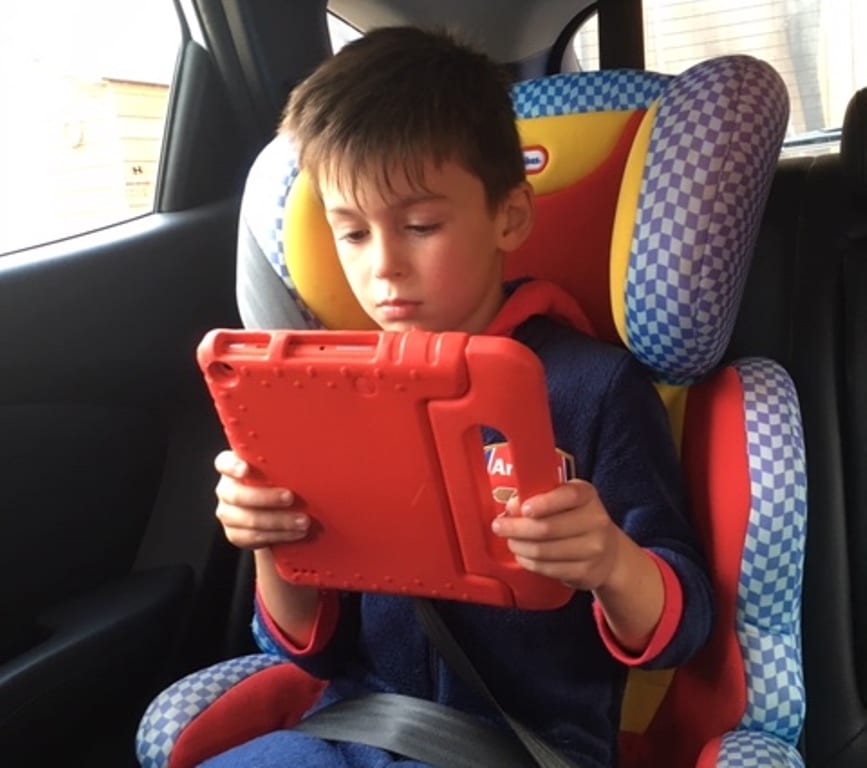 4th October 2018 Jill Boulton
by Jill Boulton The recent tragedy of the little Spanish girl killed by a tablet computer in a car crash is a sobering reminder ...
Menu